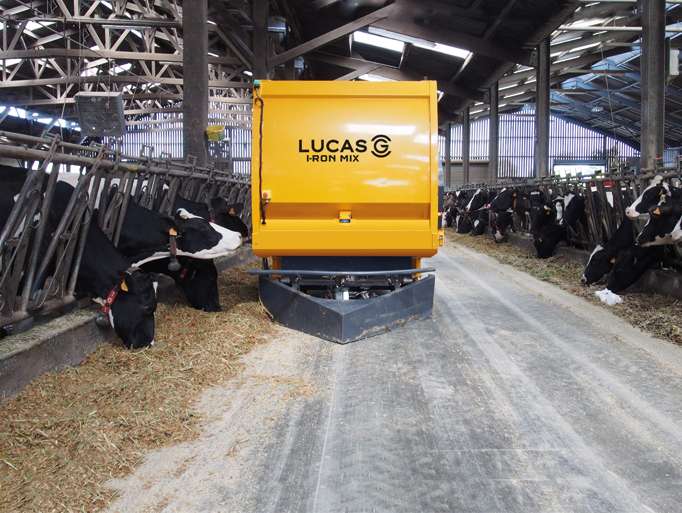 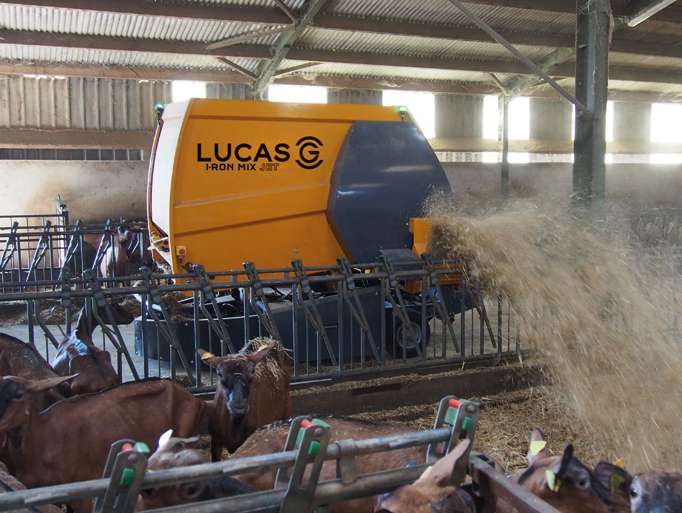 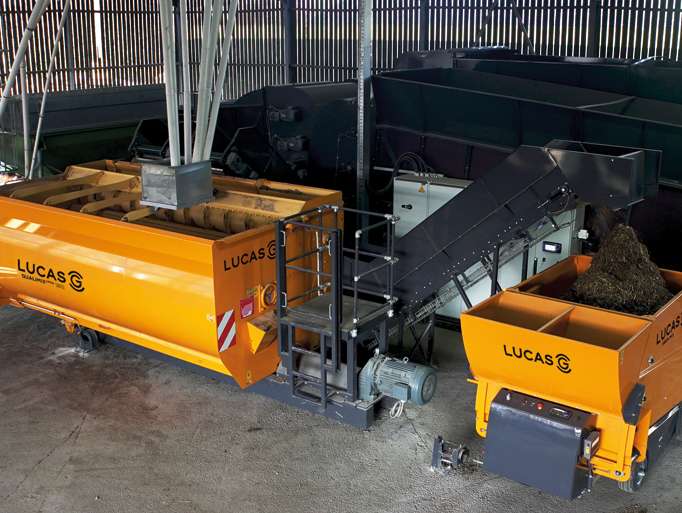 The automated I-Ron Mix System is a system that can be adapted according to the type of ingredients used, the distribution circuit in the buildings and the space allocated to the kitchen. Each installation is unique and Lucas G will assist you in defining your project.

YOUR ISSUE AT THE CENTRE OF THE REFLECTION

The I-RON-MIX SYSTEM is not an identical solution for each farm. Each farm has its own problems, our job is to respond to them and to offer you a solution adapted and designed for you and your herd. The automated I-Ron Mix System is a system that will be adapted according to the type of ingredient used, the distribution circuit in the buildings and the space allocated to the kitchen. Each installation is unique and Lucas G will assist you in defining your project. The I-Ron mix system is composed of 4 complementary components based on the know-how acquired over more than 20 years of experience in mixed rations, forage cutting, untangling of long products, distribution and automation. The I-Ron mix system is scalable thanks to its wire guidance system.

YOUR HERD, AT THE CORE OF THE SOLUTION

Whether you have a sheep, goat or cattle or dairy farm, the I-RON-MIX SYSTEM automation solution will fit. We know that livestock management has many constraints and specificities. Your livestock will be the focus of attention when considering how best to meet their feeding and strawbedding needs.

Energy bill divided by 3 for feeding

Less than 1% rejects at the trough

INSPIRED BY THE WORK OF THE BREEDER:

Our feeding automation solution has been designed around the farmer's work. It responds to the different problems you are confronted with every day: The preparation of your feed, the execution of rations, the distribution and feeding of your herds and the strawbedding of your buildings. We have used our 50 years of know-how in these different fields to provide concrete and adapted solutions. Lucas G is today a specialist in these different fields which brings another dimension to our solution: INSPIRED FROM YOUR WORK AND COUPLED WITH OUR KNOW-HOW. 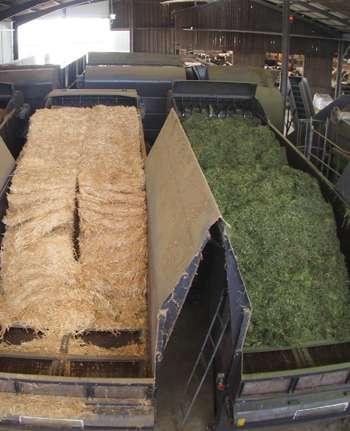 The stockers in the solution ensure accurate delivery of ingredients to the mixer. They are ideal for all types of food and materials that you may use on a daily basis. Lucas G has imagined the kitchen in a way that it has to be adapted to the ingredient of the recipe usually used and not the contrary. That is the reason why, the I-Ron Mix system has a wide range of feeding bunkers and options allowing to unroll, to cut and store wet, dry, in bulk fodders, square or even round bales regardless the size of strands (long or short). Feed bunkers are customizable and can be adapted according to the autonomy need of the farm. Storage units can be between 8 and 40m3 and have between 1 and 3 bale separators. The special round bale storage systems can accommodate up to 4 bales simultaneously.

WHEN the weight required is close, the moving floor is progressing with a timeout guaranteeing an error rate of loading < 2%. This system will give to the breeder the possibility to make rations of only 50 kg with a very high precision for batches of heifers and calves for instance. When using fodder, the over torque technology enables the rotor change the rotation of the shredders to unjam the feed bunker and ensure the functioning of the system without any exterior intervention.

A HOMOGENEOUS AND QUALITY MIX 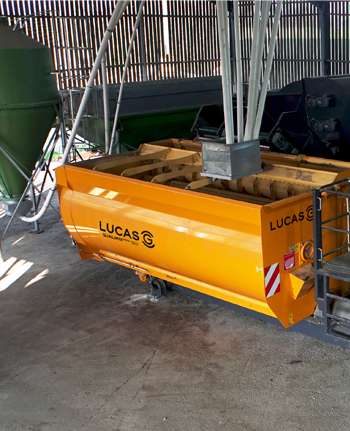 The mixing is an integral part of the I-Ron Mix automated feeding system, it is the primordial step for achieving a perfect mixed ration while respecting all nutritive properties of the raw materials used. To succeed in mixing, it is important that ingredients have enough space to be mixed easily with less possible efforts , thanks to the rolled tank the ration is mixed naturally by flourishing effect.
To guarantee optimal precision during loading, the diet feeder is equipped with 3 to 4 loading cells. It is the diet feeder that gives orders during the preparation of the ration, it stops the feed bunkers, hoppers to avoid overloading and wasting at the troughs. Thanks to this process, the system has outstanding results concerning
the preparation of the ration

PERFECT INTEGRATION OF MINERALS AND CONCENTRATES:

Concentrates are precisely loaded inside the mixer to be properly integrated in the ration. The diet feeder stops during the loading of concentrates to avoid phenomenon of inertia. The minerals are loaded while the diet feeder is mixing because the hopper for mineral are calibrated by a number of impulsions to guarantee optimal precision. The I-Ron Mix system allows the integration of liquid ingredients like water, molasses trough pump systems.

A MIXER ADAPTED TO YOUR OPERATION: 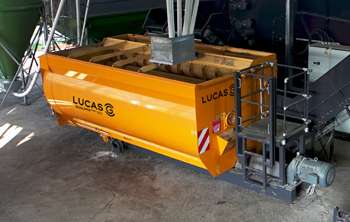 Benefits of this solution: 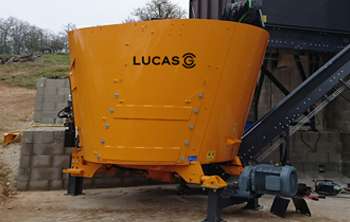 Augers are designed with steps to cut and aerate the ration for a perfect homogeneity from 10 to 60 rpm. Cut-off plate are reversed to block the fibre at the bottom of the tank to reduce the time required for cutting and mixing.

Benefits of this solution:

THE MOST VERSATILE ROBOT ON THE MARKET

The I-Ron Mix System is today the only 4-in-1 robot. 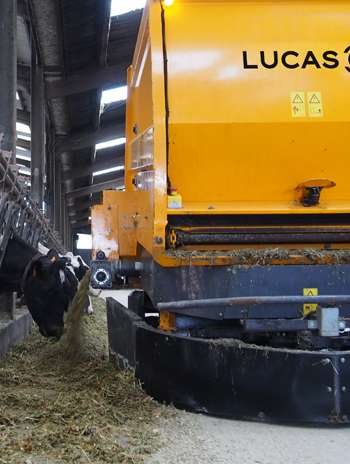 THE DISTRIBUTION OF YOUR FORAGES AND MIXED RATIONS:

PUSHING BACK THE RATION:

Equipped with a font blade to push the ration back to the fences, this action can also be done during the distribution or when the robot is empty. It can be equipped with an optional variable position electric side blade to complement the first.

DISTRIBUTOR OF MINERALS AND CONCENTRATES: 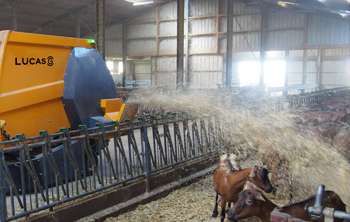 The last functionality of the I-Ron Mix robot is a straw spreading system composed of a soft brush located at the exit of the conveyor that ensures a spreading of straw without any dust and a deflector that orients the flow of straw above the fences. With this system, Lucas G is setting up a new way to approach bedding tasks by thinking of kilogram of straw by meter of feeding corridor and not by the number of bales. It allows efficient strawbedding in small ruminant farms, with a strawbedding depth of up to 5m.

A GLOBAL ADMINISTRATION AND MANAGEMENT SYSTEM

All data related to the functioning of the installation are available on the home page of the software XManagement IC. Management of rations, the definition of batches, the daily planning for the distribution, stock management have to be define on the platform for an accurate and optimized control of the I-Ron Mix system.

For a remote assistance of running installation, Lucas G can at all time have an overview of the status in real-time of the I-Ron mix system.

EACH PART OF THE ROBOT HAS ITS TASK

Each element of this automatic feeding solution is independent of the others, allowing for better ration quality. We use Lucas G's know-how for each part of the installation to provide the best in mixing, distribution, storage & untangling. They are all connected to each other but can of course work completely autonomously to limit the saturation of the installation.

We support you from the beginning of the project to the complete handling of the device after delivery. At the same time we provide you with full training in the use of the device.

Our after-sales service is at your disposal 6 days a week, we remain at your service on a daily basis and do our utmost to answer all your questions and requests. 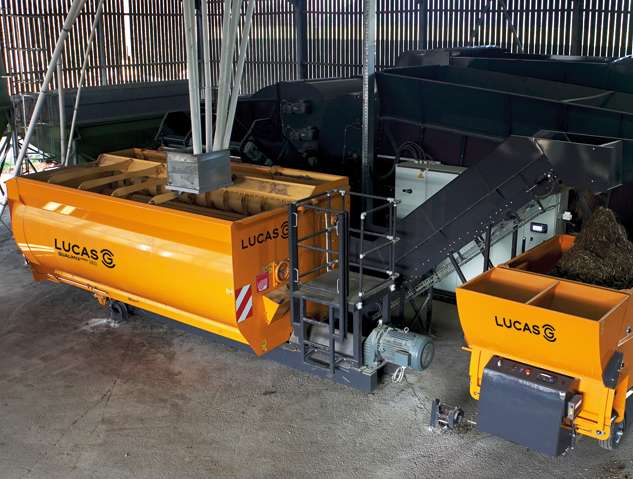 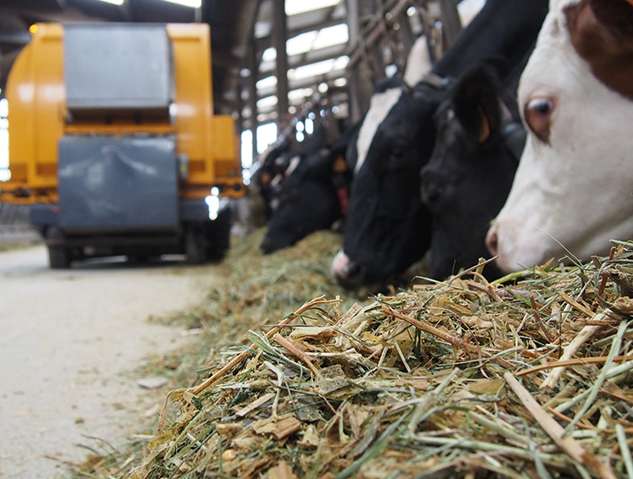 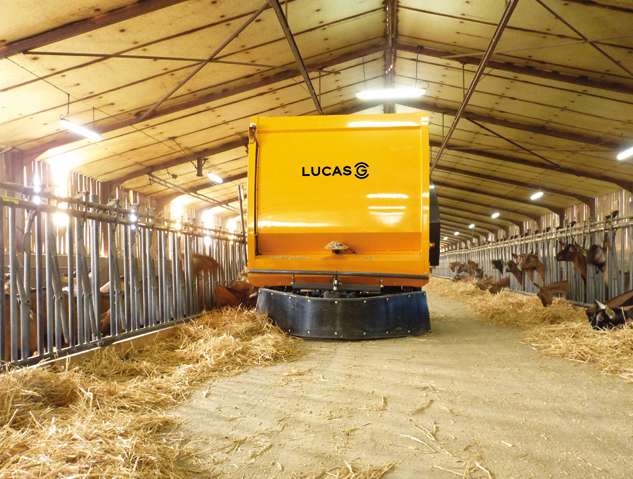 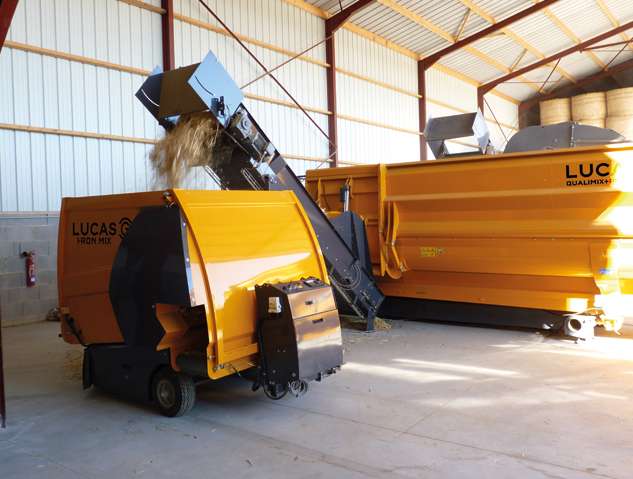 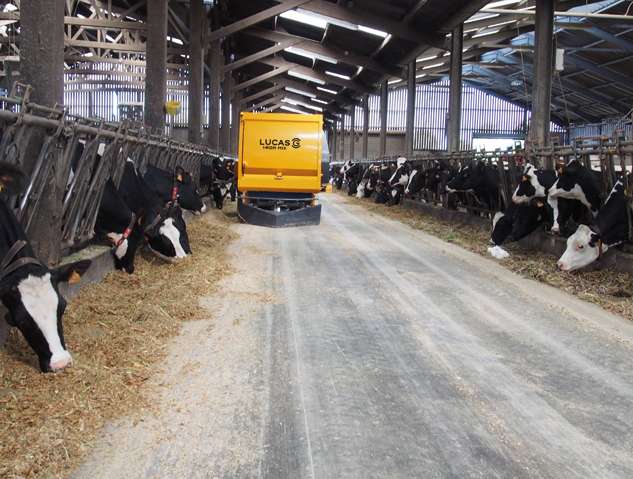 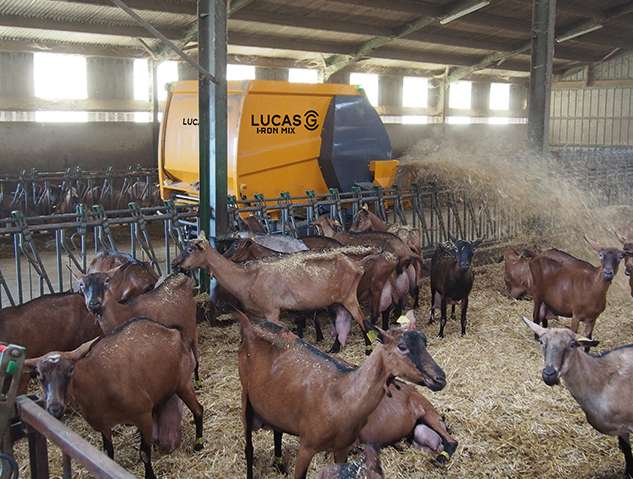 You can contact us for any questions about this product or if you want a quote.